This is how you should name files that you save on Drive. (does not apply to folders)

In the beginning of a project we decide on an abbreviation, and after that everyone use the same. thr means The Hot Rock, tp means The Passenger, etc. bz is for Block Zero, ie documents not tied to a project.

We write the filename using UpperCamelCase. Your main task here is to make it very clear to the next person what this file contains. Think of this part as communication. If you need a long string, or separate words with underscore, do that. 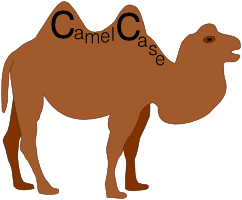 The version of this file.

Note: Version number can be omitted for gSuite files. Google has it's own versioning system. So if this was made in Google Slides, I could call it bz_FileNameConvention. Also in some circumstances a version number just doesn't make sense, use your judgement.

In code, rules are a bit different. There are some conventions there to follow. If you're exporting a file to be used in code, such as an image for a website, there will be other guidelines to follow. As a general rule: no project name, no version, no space and no capital letters. So weather_icon_white.png might be a good filename.